Thomas William Mariano was born on February 24, 1969 and was adopted into an Italian-Catholic family when he was 2 days old. He grew up with his sister Susan and parents Lino & Lois Mariano in Canton, Massachusetts. Tom first started acting at the young age of 8. His first role was in 3rd grade when he was cast as the lead guard in the Wizard of Oz at the John F. Kennedy Elementary School.

Years later, Tom’s parents divorced and at the age of 14, found himself on his way to Davis, California with his mother and sister. In California Tom found a positive outlet performing in school plays at Davis High School and at his local church. At the age of 15 he created his own cable show called “Tom’s Bike Repair” which ran for 3 years. Tom played a key role in the show’s success. He not only wrote the script, he directed, acted and solicited sponsors to help fund the cost of the show. But soon after Tom found himself wanting to move back to Massachusetts to be with his Father. Tom made the trip back in 1986 where he attended Canton High School and graduated in 1988.

In addition to Tom’s accomplishments, in 1999 he took on another challenge and gave competitive bodybuilding a try. Not only did Tom win a competition within his first year, he took second place in the 2000 Men’s Open Lightweight class and went on to win many more competitions in the years to follow.

In 2000 Tom decided to use his knowledge and experience as an officer and started a company called TNT Fugitive Recovery Security Agency where he worked hand in hand with Immigration and Naturalization Services on the deportation of illegal immigrants. The firm was in business for 8 years and serviced the New England area.

Although Tom was busy pursuing other career interests, he still had a passion for acting. It wasn’t until 2005 when Tom got his big break cast in the role as Eddie in the movie “Naughty or Nice”. Not only did he act, he received credits as a Producer, Stunt Coordinator and Editor. Tom also made his debut as a Stormtrooper in 2006 on the Fox 25 Boston morning show. Not long after that in 2008, Tom decided to make another big move and came out with his own reality TV series called “Behind the Mask Show: The Story of The US Mercs Paintball Team”. It was a reality show based on what it takes to run a successful paintball team. Along with being the Creator, Tom was Producer, Series Director and Series Writer.

In 2011 Tom was cast as Detective Ballantine in the movie “The Joneses”, a dark comedy about rival neighbors whose quest for the best turns deadly. A year later in 2012, Tom was cast as a wedding guest in the hit movie “Ted”, a story centered on a man and his teddy bear who comes to life as the result of a childhood wish starring Mark Wahlberg and Mila Kunis and directed by Seth MacFarlane. In that same year Tom was cast as a fight patron in the movie “Here Comes the Boom” which is about a high school biology teacher who moonlights as a mixed-martial arts fighter in an effort to raise money to save the school’s music program. The movie includes Kevin James and Salma Hayek and came out in October 2012.

Tom was then cast as a Boston Red Sox fan in the movie “R.I.P.D.” also in 2012. The movie is about a recently slain cop who joins a team of undead police officers working for the rest in peace department and tries to find the man who murdered him. It includes actors Ryan Reynolds and Jeff Bridges and was released in July 2013.

ABC came knocking as well in 2012 when Mariano was cast as a gala guest in ABC’s pilot “Gilded Lilys”. The story is set in 1895 and revolves around the opening of the first luxury hotel in New York City and all the intermingling of love. The show included Blythe Danner and John Barrowman and was released in the fall of 2012. Soon after filming “Gilded Lilys” Tom went on to play one of the FBI Investigators in the new Tom Hanks movie called “Captain Phillips” which also came out in October 2013.

2012 proved to be a busy year for Tom when he had the opportunity to be cast as a police officer and work with Sandra Bullock and Melissa McCarthy in “The Heat”. The movie, which is about an FBI agent that teams up with a Boston police officer to take down a Russian mobster, hit theaters in June 2013.

Tom was cast as a businessman in the movie “Hafields & McCoys”. The movie was based off a family feud between the Hatfields versus McCoys family with an in depth look at the inner workings of each family and was released in 2013. Tom was also cast as a businessman in “The Makeover” alongside Julia Stiles, David Walton and Camryn Manheim in which Hannah Higgins attempts to turn blue-collar Boston beer vendor Elliot Doolittle into a viable candidate and inadvertently learns something of Elliot’s side of life. “The Makeover” hit theaters in January of 2013.

Tom was then cast as a Townie in the comedy “Grown Ups 2: which featured Adam Sandler, Kevin James, Chris Rock, Davis Spade and many other great actors. The movie’s story line was based on Lenny moving his family back to his hometown to be with his friends and their kids, he finds out that between old bullies, new bullies, schizo bus drivers, drunk cops on skis, and 400 costumed party crashers sometimes crazy follows you.

“Clear History” which was featured on HBO was the next role for Tom. He played a security guard alongside of Jon Hamm, Larry David, Kate Hudson and many other actors. “Clear History’s” plot is about a disgraced former marketing executive plots revenge against his former boss, who made billions from the electric car company they started and debut in August 2013.

Tom played Tom Mariano in the film “Tripping Balls” which is a comedy about a man accidentally drinking a bottle of LSD, it was released on October 1, 2013. Tom was also featured as Tom Mariano in The Jbaer Show which was a TV Mini-Series, Tom starred in Collection of Shorts and Tripping Balls Trailer (2013) and Random Shit 1 and 2 in 2010. Tom was also in the TV Mini-Series Situations (Episodes 1.1 and 1.2) and was cast as Tom Mariano.

In 2013 Tom was cast as Mr. Burg in and was co-producer of “Private Affairs” where a Professional Investigator begins to unravel a plot strengthening organized crime in Olde Towne City. However, the lines drawn between good and evil are not what they seem, the movie was released in November of 2013. Tom didn’t stray away from his real life experiences when he played an FBI Agent in “American Hustle”. “American Hustle” is about a con man, Irving Rosenfeld, along with his seductive partner Sydney Prosser, are forced to work for a wild FBI agent, Richie DiMaso, who pushes them into a world of Jersey powerbrokers and mafia. This movie included Christian Bale, Amy Adams, Bradley Cooper and came out in December of 2013.

Tom’s next role was a Security Guard in the tv pilot for “Chasing Life” a tv series in which April Carver, whose world has just started to look up, is diagnosed with leukemia. With the support of her family and best friend, she might just be able to fight it. The show aired from 2014-2015 on ABC Family.

2014 was a big year for Tom and he was gaining more momentum within the film industry. He started 2014 playing an extra in “Olive Kitteridge” Season 1, Episode 4 (Security). The Mini Series was about Olive going to see Christopher and his second wife in New York, but soon returns to Maine, where she receives some bad news about Henry. The episode aired November 3, 2014. On October 10, 2014 “The Judge” featuring Robert Downey Jr., Robert Duvall and Vera Farmiga was release and Tom played a townie. “The Judge” plot was about a big-city lawyer Hank Palmer returning to his childhood home where his father, the town’s judge, is suspected of murder. Hank sets out to discover the truth and, along the way, reconnects with his estranged family.

Tom was cast as a gangster in Denzel Washington’s “The Equalizer” where a man believes he has put his mysterious past behind him and has dedicated himself to beginning a new, quiet life. But when he meets a young girl under the control of ultra-violent Russian gangsters, he can’t stand idly by – he has to help her. “The Equalizer” debuted on September in 2014. Also, in 2014 Tom was a Comic Con attendee in “Ted 2” which featured Mark Wahlberg. The movie, is about a Newlywed couple Ted and Tami-Lynn who want to have a baby, but in order to qualify to be a parent, Ted will have to prove he’s a person in a court of law.

In 2014 Tom founded On Edge Productions, which is a film production Company. While still pursuing his acting career Tom took on many more roles which include Executive Producer, Creator, Developer, Craft Services, Location Manager and Casting Director.

2015 was also a busy year for Tom. Tom and On Edge Productions produced a tv pilot “Can’t Go Home” (Episode 1 -Dirty Water) in which the gangsters of Boston’s underground have been wronged and two ballsy bounty hunters are about to enter a world of terror and duplicity in an attempt to avoid the consequences. Tom played Tom Desjadon (Fugitive Recovery Agent) along with acting as Executive Producer, Creative Producer, Creator and Casting Director. Amy Mariano teamed up with Tom as Creative Producer and writer along with playing the role of Angelina Balducci.

Tom played an Italian Mobster in “Black Mass” which featured Johnny Depp and was the true story of Whitey Bulger, the brother of a state senator and the most infamous violent criminal in the history of South Boston, who became an FBI informant to take down a Mafia family invading his turf. The movie premiered September of 2015. Tom was a Hi Top Patron in Disney’s “The Finest Hours” which was released in January 2016 and was about the Coast Guard making a daring rescue attempt off the coast of Cape Cod after a pair of oil tankers are destroyed during a blizzard in 1952.

Slated for a June 2016 release, Tom worked alongside Dwayne Johnson, Aaron Paul and Kevin Hart in the Comedy “Cyber Intelligence” as airport grounds crew member. The Story plot is about a mild-mannered accountant being lured into the world of international espionage after he reunites with an old pal through Facebook.

Tom was cast as a stunt Precision Car Driver in “Ghostbusters” which featured Melissa McCarthy, Kristen Wiig, Kate McKinnon and the basis is 30 years after Ghostbusters took the world by storm, the beloved franchise makes its long-awaited return. Director Paul Feig brings his fresh take to the supernatural comedy, joined by some of the funniest actors working today. The movie is set to be released in July 2016.

Tom and the On Edge Productions team is currently filming “Caped Crusader: Gotham Underground”. Tom is portraying Bruce Wayne / Batman and is also Co-Director, Executive Producer and Casting Director. Not only is Tom’s wife playing Barbra Crowe his daughter Gianna Mariano is portraying a Main Zombie.
In Tom’s spare time, he enjoys spending time with his family & friends, especially his wife Amy, his 15-year old daughter, Gianna and their 5-year old daughter, Gabriella. He loves watching movies, exercising and riding in his batmobile. Tom is also very passionate about raising awareness about dyslexia. As a child, Tom struggled with this learning disability and understands how difficult it can be. He hopes to be an inspiration to both children and their families struggling with dyslexia and let them know that you can overcome this and achieve your goals and dreams. 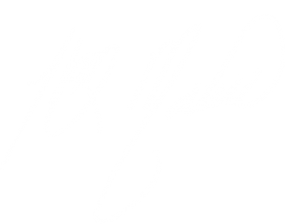